In Memory of Tom Guy 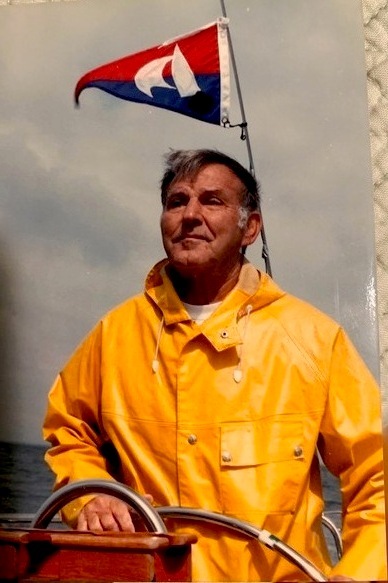 -- Remembrance by Maggie and Lisa Callen

Although we are sad about our loss, we want to celebrate the life of San Juan 21 Fleet member, Tom Guy who died on April 13, 2020. Tom and his family became members of LNYC in 1967, the same year as our family. Over the years, Tom enjoyed sailing Y-Flyers (including building his own wooden one along with Bill "Hamp" Hampton and Bob Williams) and his Tanzer 22, finally moving to the San Juan fleet during the last 15 years.

Tom and his wife Alice were one of first LNYC families to move from Charlotte to Lake Norman permanently in the 1980's after buying the lot next to the club. Many daily walks on the club property allowed Tom to keep watchful eye on LNYC until last Spring when he moved to Charleston to live with his daughter Kathy. This was most important on the morning of September 22, 1989 when Hurricane Hugo arrived; Tom was the first to witness the destruction of almost 30 years of hard work by the LNYC membership. Along with many others, Tom led the comeback to ensure sailing would return to LNYC, receiving the Livingstone Award in 1989. He was LNYC Commodore in 1992.

Tom and Merrill were always the first on the water in the spring, hosting the Y-Flyer Midwinter Regatta on third weekend in March for 20 years, and last off the water in late October as Co-PROs for Club Pursuit race for many years. Tom was also the LNYC Club Champion in 1996.

After moving to the lake, Tom and his neighbor and fellow LNYC member Tom Huggins attended classes at his alma mater Davidson College. One semester he and Tom delighted in educating fellow yacht club members on the writings of author Eudora Welty at many club dinners. Tom always enjoyed the club dinners and events that included music and he will be remembered for being a great dancer!

After building his Y-Flyer, Tom took up sewing so that he could make sails--and he did, for the Y and other boats. With that newly acquired skill, he made "custom" sailing pants for his friend Hamp, and then enjoyed many, many years of designing and sewing decorative flags and quilts for family and a few lucky friends.

In our family, Tom was "Uncle Tom". For many years during high school and college and beyond, our daughters Lisa and Tori went off to numerous Y-Flyer regattas all over the Southeast to crew for Tom and Merrill. Their "crew trophies" are special mementos of these sailing trips and their special bond with Uncle Tom.

Tom was predeceased by his wife Alice and daughter Debra. He is survived by Charles, Kathy and Allyson (and her husband, Hap), and grandchildren Clare, Deva, Braham, and Amy (and her husband Greg), and great grandson Evan.

As a family we have treasured our lasting friendship with Tom and all his family.

He was a true American hero and such a wonderful human being. He will be missed by many.

So, there's a story "of course" to go along with the photo I sent of Tom at Richard's Coffee Shop in Mooresville. I planned to pick him up early on that Saturday morning - probably around 8:45am. When I arrived, he was dressed in his shirt and tie and looking for his suit jacket. I told him he did not need to get dressed up that no one else would be. He said, "No. No. I want to wear this." So, that's what he wore. He said he knew there were going to be other veterans at the shop and he wanted to look nice. (So typical of him). So, we arrive at the Coffee Shop and it was packed. There was a long section of 8' tables (maybe 3 of them) put together and there was no room to sit. So, one of the vets sees him come in and gets a chair for Tom and squeezes him in at the head of the table. Tom brought with him a book entitled: "Soldiers and Sentinels: Davidson's World War II Veterans Speak." It was a book filled with stories of Davidson College alumni who had served in WWII. Tom has a passage in the book telling about a dogfight he had been in over Japan. He passed it around the table and some of the men read it and then the conversations began. He made a lot of new friends that day which is not surprising for Tom. He really enjoyed the time spent with them. I learned later that he had gone back to the Coffee Shop several times after our visit. It made me happy that he enjoyed it so much. Sometimes it's just the little things that matter.

Well, one more Tom tale (of course they are endless). Many of us read Unbroken, the incredible tale of the young Navy enlisted man who was first adrift on a raft for longer than anyone had ever been, then was captured by the Japanese, imprisoned, and brutalized for years before the war's end. Once the war was over, they could not be rescued immediately, so some of the Navy pilots took it in their own hands to fly over and drop what they had to these ragged, starving survivors. Tom was one of the pilots, and he dropped cigarettes. When the book came out and the former war prisoner, Louie Zamperini, was on book tour here, Tom showed up and told him he owed him a quarter for the pack of cigarettes.

Thomas Marion Guy Jr. passed away Monday, April 13, 2020 at the residence of his daughter, Kathy Guy, in N. Charleston, SC.

He was born on August 3, 1922 in Chester, SC to the late Thomas Marion Guy and Blanche Porter. Mr. Guy formerly resided in Mooresville, NC. He later moved to Virginia as a young boy and resided mainly in Norfolk. He graduated from Granby High School where he lettered in four sports. After graduation, he attended William and Mary College before enlisting in the Navy in 1943 and serving during WWII as an aviator in the Pacific. He flew numerous missions fighting the Japanese and air dropping supplies to the POW's. He flew security patrol over Tokyo Bay during the signing of the Peace Treaty ending WWII. He was honored with other veterans by President H.W. Bush.

After being honorably discharged in 1946, he enrolled at Davidson College where he played football and baseball and was a member of SAE Fraternity. After graduating in 1948, he went to work for Celanese Corporation in S.C. and N.C. He retired as Director of Quality Control for Fiber Industries/Celanese.

After retiring, Mr. Guy and his wife, Alice, moved to Lake Norman. In 1967, he became and remained a member of the Lake Norman Yacht Club. He was an avid sailor and racer and was awarded numerous trophies. Mr. Guy also served as a past commodore of the Yacht Club.

Mr. Guy was preceded in death by his wife, Alice Ware, and a daughter, Deborah Ann Guy.

A memorial service will be planned for Mr. Guy at a later date.

Cavin-Cook Funeral Home & Crematory, Mooresville, is serving the Guy family. Condolences may be made to the family at www.cavin-cook.com.

To send flowers or a memorial gift to the family of Thomas Marion Guy please visit our Sympathy Store. 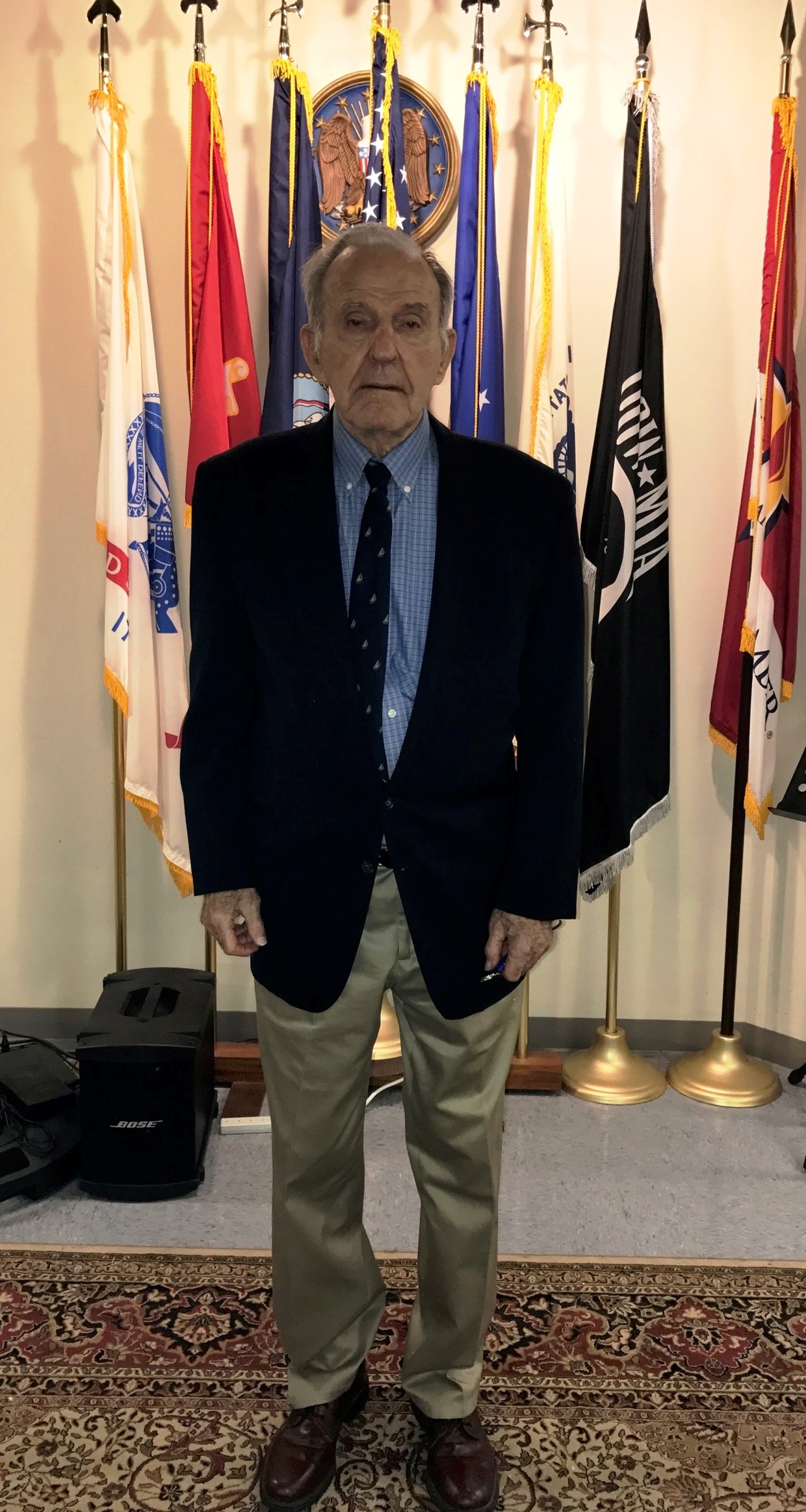