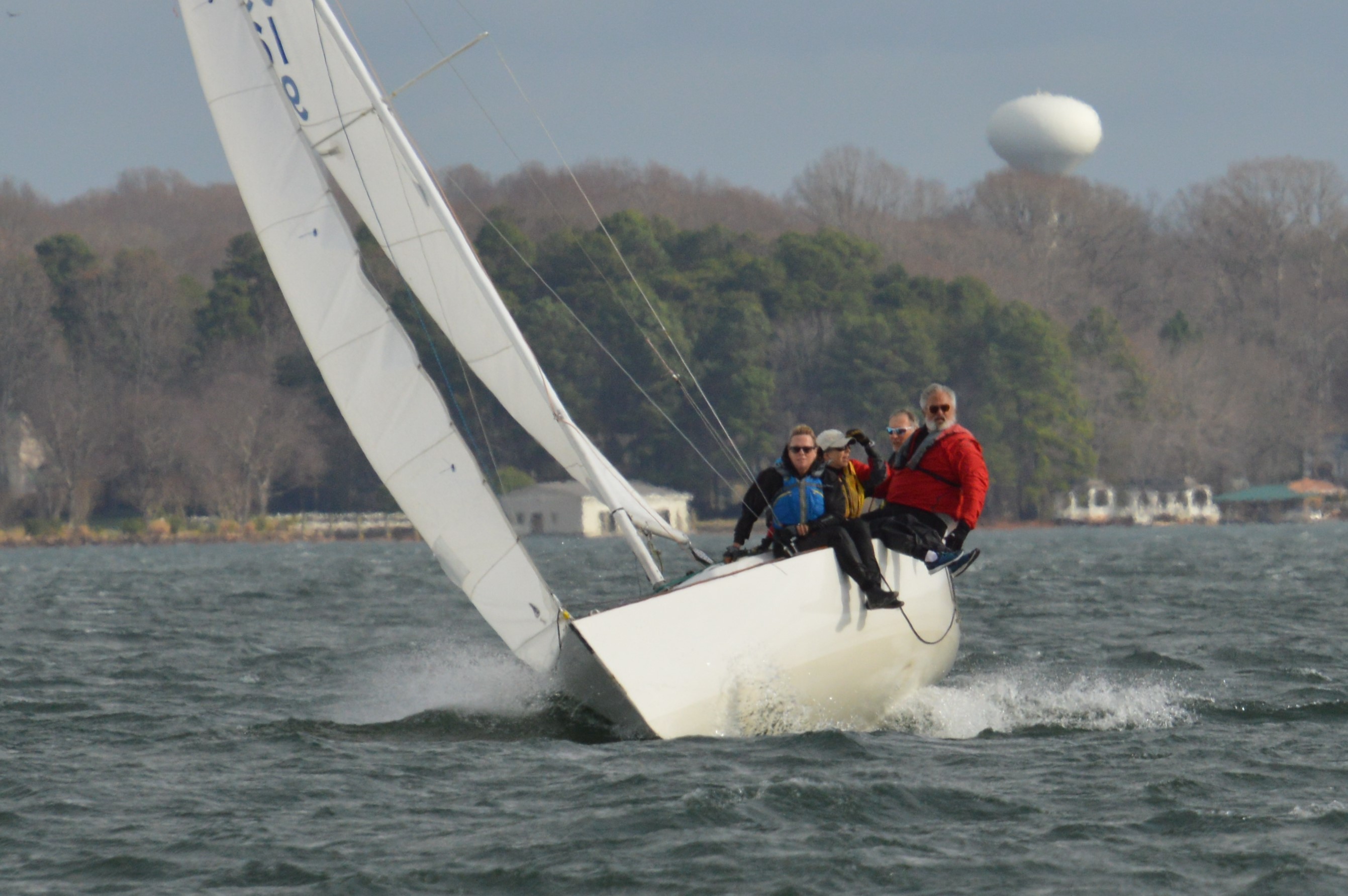 January 1, 2022 dawned windy and warm with temperatures in the low 70's by race time and the breeze 15-20 with higher gusts. While 30 boats had registered for the annual Ice Bucket racing, the fleet dwindled to 15 intrepid sailors who ventured out to the starting line. 11 boats finished with Tim Porter (U20) narrowly beating BJ Jones (U20). Bryan Evans (J22) was tough competition and finished with a strong 3rd. (Overall and fleet results.)

The PRO and competitors agreed that 1 race was enough and moved on to the Soup Competition. 11 soups were entered in the soup cook off with very close results. Mike & Nan Robinson's Ham & Potato soup garnered the most votes with JT's (Jacob Terrell's) Cheesy Beer Chili coming in as runner-up. Bill Toole's Mama's Minestrone actually tied with JT for runner-up but the final vote was only noted after the ballots had been counted.

Thanks to all who contributed the great array of delicious soups, yummy breads and dessert treats, and thanks to everyone who helped with setting up and clean up.